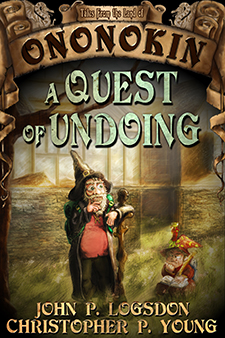 REVIEW A QUEST OF UNDOING

"What a great romp through a fantasy tale! Not since Sir Terry Pratchett have I enjoyed a laugh-out-loud adventure set in a crazy, but believable, environment."
AMAZON REVIEWER

SORRY, BUT THIS PROMOTION HAS ENDED!

Note: Please only apply if you have time to read this EBOOK in August or early September and post an honest review by the end of September. Please don’t apply just because the book is free.

IMPORTANT: You will not be paid to write a review. Amazon does not permit reviews that are posted in exchange for compensation of any kind, including payment. Amazon accepts authors giving a free or discounted copy of their book up front in exchange for a review, whether it be positive and negative feedback. If you receive a free book in exchange for your review, you are welcome to say it was for a honest review.

Why does questing have to be so persnickety?

Xebdigon Whizzfiddle is a wizard who has to find a quest, get it contracted, and finish it to the letter within 30 days or he’ll lose his guild membership status, meaning he’ll have to actually work for a living. At the perpetual age of 650, this is really no longer an option.

After interviewing countless people who are looking for a wizard to quest with, Whizzfiddle all but gives up. But then one last questing party arrives, and they’re the oddest bunch he’s seen in a long time–and being a wizard in the land of Ononokin, that’s saying something!

They have to traverse the portals from the Upperworld to the Underworld; deal with Trolls, Ogres, Gorgans, Orcs, and worst of all…Humans; survive the land of professional salespeople; go through the afterlife; and fight to avoid Whizzfiddle’s disgruntled past-apprentice’s attempts to thwart them at every turn.

Going through all of this makes Whizzfiddle wonder if maybe he shouldn’t just give up magic and go back to his roots of being a farmer.