“Grave Digger” was my title. I was never officially given a name, so people tended to just call me Grave or GD. It was rare for the gods to tell their minions my name, though. Not that it was a no-no or anything, but lesser gods saw their creations as nothing but tools.

Normals who studied mythology would never find me, since nobody named Grave Digger was in any of the major texts.

The reason for that was simple.

I wasn’t created to be part of the lore of the gods. I’m not listed directly in the pantheon. You’ll see all the others, of course. Hades, Erebus, Nyx, Tartarus, Thanatos, Chaos, Menoetius, Ares, Zeus, Aphroditē, Hera, Athena, and so on, but there’s no mention of the Grave Digger. 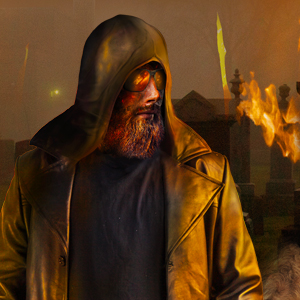 I wasn’t birthed by the council gods. I was crafted.

They’d had enough of dealing with the gods screwing around with normals—literally and figuratively. It may be better stated that the council gods were sick and tired of the normals bitching about it.

So, they created me to act as a middleman.

Now, when I say that I don’t mean it in a mediator kind of way. That wouldn’t be easy considering a few goodies the gods threw into my makeup. They made me a snarky, surly, introvert who holds a deep contempt for supers who were built to bring pain. They also made sure I loved to fight, with special attention paid to honing my desire to kill.

In other words, they made me in their image.

The point is I was never a good fit for listening to both sides of a story and then facilitating a discourse on the best way to make everyone happy. I guess it’d be better to consider me as a problem solver. I walk into a sticky situation, negotiate using my fists, feet, elbows, knees, any weapons available to me, and sometimes a shitload of magic—though I preferred to avoid it—and left all the idiots involved in that sticky situation dead. Problem solved.

You see, the gods know one thing better than anyone: Death is the best cure for assholishness. 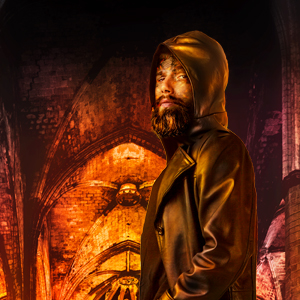 They gave me some intense powers, too, but only to the level of being able to destroy supernaturals.

They’d have been insane to grant me enough power to rival their own. Why? I’d have used it a hundred times by now. Actually, that’s not accurate. If I’d been able to kill the lesser gods, they would rise up and start an all-out war with the council gods. They’d lose, of course, but so would everyone on Earth. It’d be a blistering hell for the normals, and very few, if any, would survive it. For reasons I’ve never understood, the gods liked keeping the normals around. Maybe because they were their creation? Probably, but the way they’d treated the normals over the course of history, it was difficult to see that as the reason.

What I was given was the ability to kill the gods’ supernatural creations, effectively destroying any armies they tried to build up in order to take a run at the council.

I also had immortality on my side. That didn’t mean I couldn’t be put into an eternal state of wishing I were dead, but it did mean they couldn’t just wipe me out.

So, for thousands of years I’ve done my job and I’ve done it well. I’ve relished in being a solo warrior who keeps supernatural creations in check, protecting mankind by helping to ensure a war between the lesser and gods and the council gods never takes place. Plus, by stopping the lesser gods early on, I help protect the council from ever having to deal with one of the lesser gods having a seat.

While I don’t directly care about most things the council does, even I know how bad it would be for a lesser god to end up in their ranks.

I shudder at the thought.

You see, I was created to actually care about normals. I know that sounds kind of strange, but the council gods understood that if I was to be effective in my job I’d have to give a crap. And I do, which is sometimes a liability, if I’m being honest. 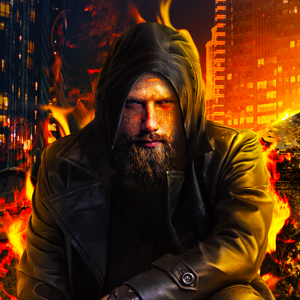 But if a normal is swapped over to supernatural mode because a lesser god is trying to make a run for a council seat, all bets are off. I completely comprehend it isn’t the normal’s fault, but they’re effectively dead at that point anyway, or who they originally were is dead anyway. They may have been morphed into a soul eater, a vampire, a werewolf, or any number of crazy concoctions their new masters have come up with. Once that happens, they’re a new creature…a beast. And that beast becomes part of something that not only threatens the balance, but also the individual, innocent normals I’m innately drawn to protect.

On the plus side, I do love killing those supernaturals when the evil sets in.

That’s another facet of who I was developed to be.

Fighting is fun for me. It makes me happy. I daresay I may even get giddy from time to time. Thwarting the efforts of the lesser gods is an adrenaline rush like no other. They loathe me for it, of course, but that just makes the end result all the sweeter.

It has gotten worse recently, though. Perses has somehow managed to corral a number of lesser gods to work together. That’s unprecedented, since gods are notoriously the most egotistical bunch of megalomaniacs ever to grace the multiverse. Somehow, though, Perses managed it, and that’s caused an influx of supernaturals that not even I could handle alone.

Thus, I was forced to build a team of grave diggers.

As someone who has fought alone for thousands of years, and who was built to do so, running a team is a new experience. I’m not sure yet whether or not I hate it or love it, but I will say it’s currently uncomfortable.

Athena assures me I will continue to grow as a leader.

I suppose we’ll see how true that is in time.

So here I am, Grave Digger, a creation of the council gods built to keep the balance so normals can continue their lives in a state of happy delusion…assuming they’re not turned into a vampire, werewolf, soul eater, etc.

As long as I continue to be successful, along with my new team, of course, the world of the normals shall move along without much ado.

If not, well, let’s just say civilization is going to end in a far different way than any of the prophets ever imagined. 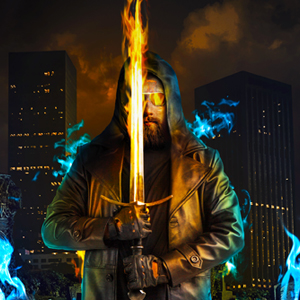 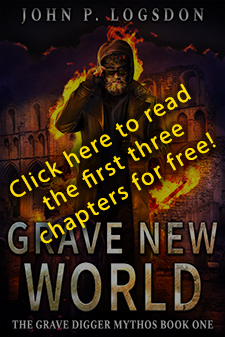 All books from the Grave Digger Mythos are (or will be) available on Kindle Unlimited. 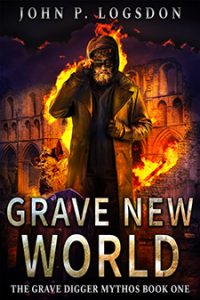 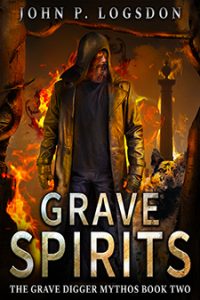 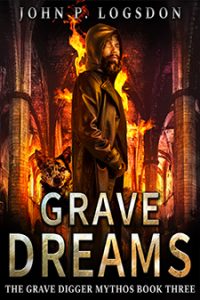 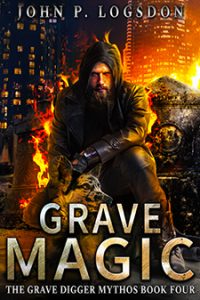 Preorder today on Amazon for $4.99 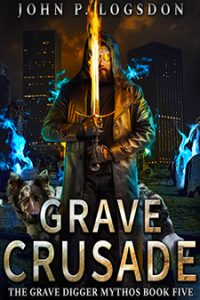 John P. Logsdon and Crimson Myth Press are participants in the Amazon Services LLC Associates Program, an affiliate advertising program designed to provide a means for sites to earn fees by linking to Amazon.com and affiliated sites.

All books brought to you by...