Lassiter is an elite assassin (though not only an assassin) who consistently strives for perfection. Unfortunately, he also has a soft spot for lost causes and that often lands him into more trouble than he bargained for.

The concept behind Lassiter was to make an independent operative who we could bring into all sorts of situations and show him kill the bad guys and help the good guys.

He comes across as psychotic since he has absolutely no qualms at all about destroying targets he’s hired to take out. But whenever he feels a pull at his heart strings, he can’t help but allow his humanity come to the surface. 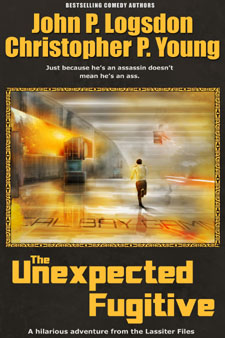 Lassiter picks up a new person-delivery job that lands him hot water with the Federation and a corporate powerhouse.